You’ve just finished your weekly practice. Your heart rate is up and your stress levels are down. You’ve just got your breath back and now you and all your teammates are heading down the pub. Spirits are high. You’re all getting a bit rowdy and Dave’s started chanting the team song. 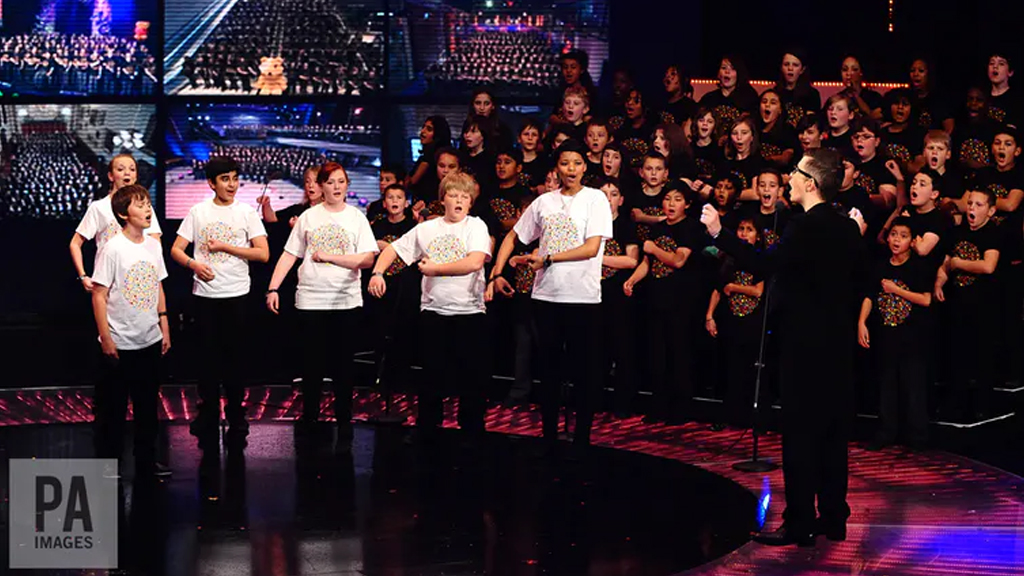 Community is at the heart of what you do: your family, friends and fans support you throughout your ups and downs and the weekly training sessions have transformed you all from a group of strangers to best mates. There’s nothing better than putting on an away-performance outside your home turf.

You are, of course, in a community choir.

Like being in a local football squad, choir members benefit physically, mentally and socially from their team activity. But the Big Choral Census found that while around 300,000 more people participate in choirs than play football, amateur football receives £30m in funding each year compared to under £500,000 a year for choirs.

“Sing ‘til you’re grinning”, part of the Manchester Science Festival will look at how being in a community choir can actually aid health and well-being. The project created a new choir to be scrutinised by scientists over a 12-week period to test whether being in a choir really does make a person healthier. The social benefits are already well documented. We know, for example, that group singing is an excellent ice-breaker and can lead to quick, effective bonding for large groups.

Like many other activities, being in a choir provides a platform for people to meet others with similar interests, which can lead to new friendships and a fuller social circle. Choir participation can also be spiritually uplifting to those who are grieving and has been shown to improve the quality of life for cancer survivors and their carers.

Of particular interest are the benefits to people who suffer from social isolation and loneliness. Half a million older people in the UK go for a week at a time without seeing or speaking to anyone and investment in choirs may provide one solution to this national social challenge.

The Creative Health report by the All Parliamentary Group on Arts, Health and Well-being set out evidence and examples of arts-based practice which impacts positively on the health and well-being of participants. The report makes recommendations for the potential of arts in health to be realised, including recommending that arts and cultural organisations are involved directly in the delivery of health services.

Greater Manchester is one the first of the city regions with a directly elected “metro-mayor” to have made arts and culture integral to its health and well-being strategy. The region – which has a devolved health and social care budget of £6 billion – is a national pilot area exploring how the arts can help improve economic performance, education, health and well-being.

The science of singing

So what is the underlying science that makes choral singing good for your health? Current research focuses on the presence of three hormones: endorphin, oxytocin and cortisol. Endorphin is the body’s “feel good” hormone and is released during exercise, laughing and eating chocolate. Endorphins are released when people are performing in a choir but not when people are merely listening to music. This is because choral singing is in itself a physical workout. The deep breaths taken as part of singing equate to aerobic exercise, which increases blood flow and releases the “feel-good” hormone. This explains why choral singing especially benefits people who suffer from asthma, as it helps with their breathing.

Oxytocin, the body’s “love drug” increases feelings of love and trust. Not only is oxytocin released during group singing but it is released in such significant quantities that after just one singing class, choir members feel closer to each other than they would do when participating in any other group activity. This explains the close friendships that stem from community choirs.

Cortisol is our “stress hormone” and is significantly reduced after just one hour of choir singing. Low levels of cortisol can boost the immune system and help the body fight infections.

So, with a decrease in stress hormones and an increase in feel-good and love-hormones, it’s no wonder choir singers report feeling high after their training. In the future could we see the likes of choirmaster and TV personality Gareth Malone reach the status of some the world’s top footballers? Perhaps not. We’ve still got some way to go before choirs and football are on the same playing field.

Why I joined a choir

An unspeakable day. Icy horizontal rain and the sky clamped down over the city like a grimy pot lid. The sort of afternoon that makes you think: There is no end in sight, only winter for our sins until we die.

Searching for respite, I stumbled into my local café and found the place steamed up with muffin crumbs and shrieking children – the liability of living in a “family” neighbourhood. I bought a hot chocolate and slunk into a corner for my sugar high and that’s when I saw the sign. It was scrawled on piece of half-ripped paper and stained with a tea ring: “Female singers needed for a neighbourhood choir,” it said. “We rehearse Wednesday evenings. Call Dan. DON’T DELAY!”